Can CBD Help Sadie with Seizures from S1E2 of Diagnosis on Netflix? 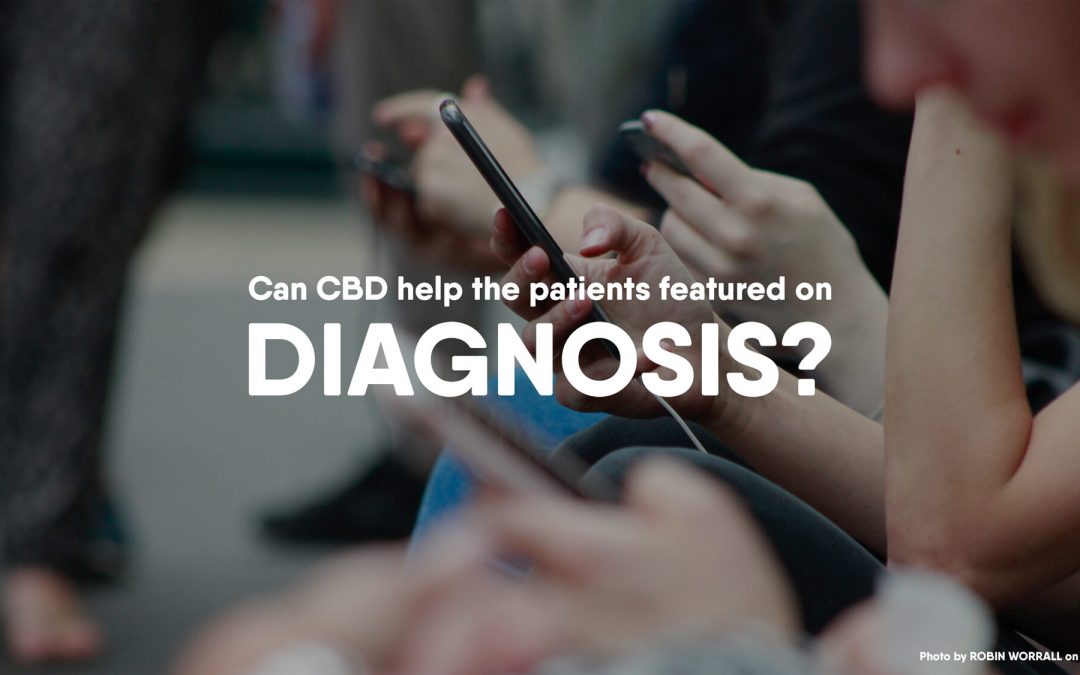 The FDA does not allow CBD Companies like us (Helpful Hemp) to say that CBD can treat diseases. Even with the rules enforced by the FDA, we believe that treatments for diseases should be discussed between you and your doctor. However, we can make references to articles or studies published by reputable sources that talk about CBD in relations to a disease. We can also say that CBD can help with certain symptoms that may be related to a disease (as long as the claim is true).

This is my second post in this series of “Can CBD Help” the patients from Diagnosis from Netflix. I get so many questions on what diseased CBD can help with. Because CBD has helped me so much in my own life, because I love this show, and because I want to answer everyone’s questions to the best of my ability, I thought it’d be fun analyze each episode and see if CBD could help these patients.

Before we get started, I’d like to say one thing. To Sadie’s parents, you are AMAZING. Your girls are so lucky to have you as parents and no one could ask for a better medical advocate than you. I know parenting can be a thankless, exhausting, and emotional rollercoaster ride of an experience, but you have handled Sadie’s medical issues with grace and always focused on doing what is best for your child. I can only hope that I’ll be as amazing of a parent as you one day.

Also, this episode hit incredibly close to home for me. Spoiler alert, Sadie was diagnosed with Lyme disease. The reason this episode hit me so hard was because of my beautiful cousin-in-law, Rachel. Rachel was diagnosed with Lyme at 19 years old (I think 19 is correct). Doctors estimated her she probably contracted Lyme when she was 8ish, which meant she went over 10 years showing symptoms of Lyme disease, but never got treatment.

If you’re not familiar with the show or any of my other articles, the show Diagnosis revolves around Dr. Lisa Sanders, who is a doctor at the Yale School of Medicine, was a consultant for the TV show “House“, and is the doctor behind the column “Diagnosis” in the New York Times Magazine. With the help of the New York Times and social media platforms, she wanted to see if she could help people find a diagnosis for their medical problems.

Season 1, Episode 2 of Diagnosis is about a little girl named Sadie. She’s 7 years old and sadly experiences seizures multiple times a day. It makes it nearly impossible for Sadie to live a normal life. She was eventually diagnosed with Rasmussen’s Encephalitis, which is a rare chronic neurological disorder, characterized by inflammation in the brain and shows progressive neurological and cognitive deterioration. Her parents were eventually advised to give Sadie a Hemispherectomy, which is a surgical procedure which involves total, or partial removal of an affected side of the brain or disconnecting the affected side of the brain from the unaffected side.

Thankfully, Sadie’s parents didn’t give up on their daughter’s diagnosis. They understood that doctors had medical proof of Encephalitis, which is inflammation in the brain; But, they didn’t know why.

With the help of Dr. Lisa Sanders and an article published by the New York Times, they got numerous second opinions in regards to their daughter’s seizures. After reviewing all the feedback, Sadie’s parents eventually got her tested and diagnosed with Lyme Disease.

Despite a diagnosis and treatment for Lyme, Sadie’s brain was still experiencing inflammation and she was still having seizures. They tried to give the treatment time to work, but time was of the essence. At 32 minutes into the episode, Sadie and her family met with Dr. Saadi Ghatan, which led her to get a neuro-pace that electrically monitors and helps to prevent seizures from happening. It’s like a pace-maker, but for your brain.

Let’s pause for a second…

Imagine being Sadie’s parents. You’ve raised a healthy, happy daughter and at 6 years old, she was diagnosed with Rasmussen’s. Then, they found the source of this inflammation in the brain and was correctly diagnosed with Lyme Disease. THEN, because the treatment for Lyme wasn’t doing enough to eliminate the seizures, your daughter now has surgery to install a pacemaker for the brain.

Now that we’ve provided cliffnotes of the episode, let’s get to the CBD Questions.

Disclaimer again: CBD is not a treatment option for Lyme disease. According to the CDC, Lyme disease must be treated with an antibiotic.

That being said, I still think CBD can help Sadie.

Sadie experiences seizures and inflammation in the brain. CBD can help with both problems, so I’ll break this down into a few questions.

Can CBD Help people with Seizures?

According to numerous articles published by reputable websites like Science Daily, Harvard Medical School, and WebMD, studies and tests have shown that CBD can help with seizures. The FDA has even approved the first marijuana-derived CBD (Epidolex) for the treatment of seizures associated with rare forms of epilepsy. CBD from marijuana isn’t required to help with seizures. CBD made from Hemp will help too. Once the CBD is reduced down to an isolate, there’s no difference between the CBD cannabinoids on a chemical level.

CBD is also well known as a powerful neuroprotective, which would absolutely help with Seizures.

Can CBD Help people with Inflammation?

I’m going to borrow a sentence from the paragraph at the end of an article published on LymeDisease.org by Dr. Daniel Kinderlehrer.

The analgesic, anti-inflammatory and neuroprotective properties of cannabis make it extremely valuable as an adjunct to the treatment of tick-borne diseases.

Now that I’ve answered all those questions, I feel like I can comfortably say that I think CBD can help Sadie, and other people like Sadie.

We use cookies to ensure that we give you the best experience on our website. By remaining on this site, we assume that you're OK with that.