Can CBD Help Willie from S1E3 of Diagnosis on Netflix? 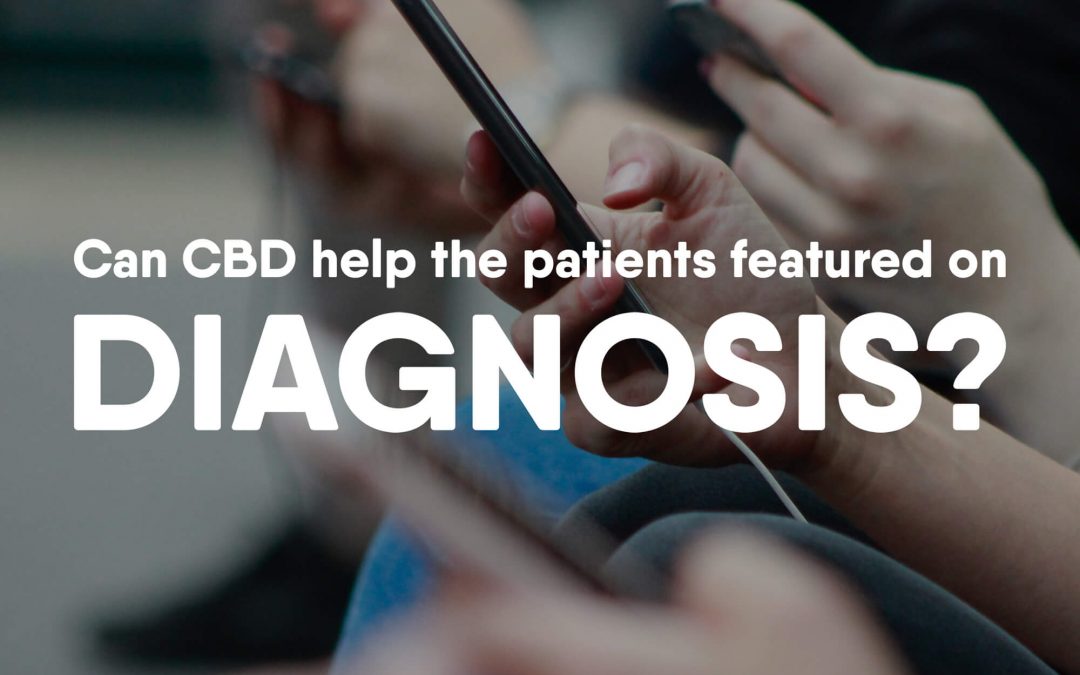 The FDA does not allow CBD Companies like us (Helpful Hemp) to say that CBD can treat diseases. Even with the rules enforced by the FDA, we believe that treatments for diseases should be discussed between you and your doctor. However, we can make references to articles or studies published by reputable sources that talk about CBD in relations to a disease. We can also say that CBD can help with certain symptoms that may be related to a disease (as long as the claim is true).

This is my third post in this series of “Can CBD Help” the patients from Diagnosis on Netflix. Almost every day, I get asked if CBD can or can’t help with something. I’m grateful to be in a position to answer these questions and I do everything in my power to provide as accurate of an answer as possible.

Before I tell you more about Willie from this episode, I should tell you that this episode was… hard for me to watch.

I am a military spouse. My husband is an Operation Enduring Freedom (OEF) Veteran. He has been in the military for over 10 years at this point, and has been deployed twice. During his first deployment in Afghanistan, he had exposure to the Burn Pits. Burn Pits are basically the new Agent Orange. An article on military.com says that the toxins in burn pit smoke can affect you all over including the skin, eyes, respiratory system, cardiovascular system, gastrointestinal tract and internal organs.

While my husband has shown very little symptoms from Burn Pit exposure, my husband did come home with PTSD. I’m not paranoid, but I’m keenly aware of my husband’s PTSD triggers and symptoms of Burn Pit exposure. It’s a fear that’s always in the back of my mind and I know will never go away.

Unlike Willie, my husband has a support system that will get him his disability rating with the VA once he has retired from the US Navy. Unlike Willie, my husband has a family that is up to date on what’s going on (medically speaking) with all veterans. It upsets me that Veterans like Willie fell through the cracks and it had to take so long for him to get a diagnosis. Willie is a veteran. His symptoms were not hereditary. It shouldn’t have taken an act of social media heroism to get him the help he needed.

The show Diagnosis revolves around Dr. Lisa Sanders, who is a doctor at the Yale School of Medicine, was a consultant for the TV show “House“, and is the doctor behind the column “Diagnosis” in the New York Times Magazine. With the help of the New York Times and social media platforms, she wanted to see if she could help people find a diagnosis for their medical problems.

Season 1, Episode 3 of Diagnosis is about a Gulf War Veteran named Willie. According to the original New York Times article, Willie was found collapsed on the floor from a seizure at 43 years old. Over the next couple of years, he underwent many trips to the doctors, repeat M.R.I.’s, and doctors even performed a biopsy on a small piece of tissue from his brain. No matter how many times he went to the hospital, no one could definitively give him a diagnosis. All they could say was “That biopsy showed only nonspecific signs of chronic inflammation. No sign of what might be driving that inflammation.”

With the help of Dr. Lisa Sanders and the New York Times Magazine, hundreds of people wrote in and provided a number of potential diagnosis.

By the end of the episode, Willie was basically diagnosed with Gulf War Syndrome. I say “basically” because the diagnosis still needs to come from the Department of Veteran Affairs. The illness is a side effect of what Willie was exposed to during his deployment. The episode ends with us watching Willie and his family helping him get through the application process with the VA.

Now that we’ve provided cliffnotes of the episode, let’s get to the CBD Questions.

Disclaimer (again): the FDA does not allow companies like Helpful Hemp to say that CBD can be used as a treatment for any disease.

That being said, I believe CBD can help Willie.

According to military.com, Gulf War Syndrome are as follows:

In Willie’s case, he was experiencing neurological and psychological problems. So, now we must ask:

We know that CBD can help with pain, inflammation, and anxiety. It’s also has neuropathic healing properties. The benefits of CBD aren’t limited to one disease, and Gulf War Syndrom has varying symptoms, so I’ll break it down in the same bullet points that the military.com article provided. In short, I believe CBD can help Veteran’s who suffer from Gulf War Syndrome in a lot of ways.

Your coupon code is valid for
We use cookies to ensure that we give you the best experience on our website. By remaining on this site, we assume that you’re OK with that.